Writing Prompt: Go to your Stats page and check your top 3-5 posts. Why do you think they’ve been successful? Find the connection between them, and write about it.

1. Dear Daddy…Lessons My Absent Father Taught Me This was I had written in my head, but NEVER wanted anyone else to read. But one day I realized that. I had been progressively letting go of him and this was part of the process, and I shouldn’t be ashamed to share my feelings, I’m not the only one in the world with an absent father and it’s not my burden he was a shit father…. and maybe my words could start the process of someone else letting go. 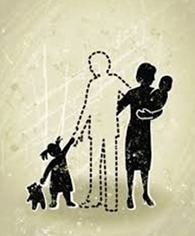 2. Tyra Cooks?…Mexican Crockpot Chicken This one has received over 1500 views, are you serious? The girl who can barley cooks when out on a limb and made something with he crock pot and BAM! RAOS Success!! (Maybe I should attempt to cook more..)

3. What Did Ryan Lochte Do?…Get a TV Show  Many moons ago there was a show on E! Called, “What Would Ryan Lochte Do?” It was supposed to chronicle him training and elevating the sport of swimming as he was coming off his Olympic victory, that’s what the E! Press release said, the sow was much different and didn’t really paint him (In my opinion a positive light) A girl can only take so much of the sweet, but dumb as a brick, wanna be a player and never grow up type.

I think the reason these posts were so successful were because they were real, raw and spur of the moment, there was no thought there was no editing, it just came out. I don’t have an exceptionally large readership but the people who do read and comment, have told me things that I wouldn’t expect, I’m always so pleasantly surprised when someone says how much they enjoy what I write, or when they decide to follow me, EVERY SINGLE TIME I wonder why? Why are these people willing to read what I write, it’s nothing special..it’s just Tyra.