Just as we don’t move without first sorting through what we’ve gathered through the years, throwing away what is broken and can’t be fixed, and what no longer fits, so too, should we do the same with what we’ve mentally gathered, before we move on. So let us do our sorting, throwing away regrets and old hurts, and taking for our journey only the treasures worth keeping: The lessons, the love, the best of what we’ve lived. — Sandra Kring 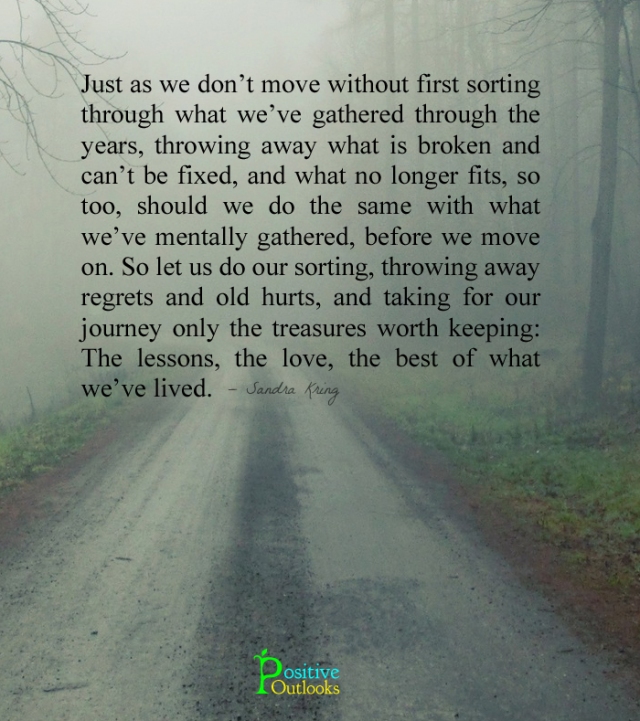 Like many, I watched the viral video of a former racist and self-proclaimed “redneck” denouncing white supremacy and racism. His words checked every anti-racist box: as a white male, he spoke exclusively to white folk to change their systems of institutional racism, while reprehending colorblindness as a fiction meant to reinforce white supremacy. He detailed white privilege, and how, despite class rank, all white people benefit from a country built on maintaining white racial hierarchy. And he demanded that white folk don’t get defensive — that the excuses are wearing thin.

His video is featured on media outlets with wide viewership like Upworthy, and is approaching 400,000 views on YouTube. The video is popping up on my personal social media feeds, with comments praising his “courage.” And many of my friends personally reached out and asked for my thoughts.

I always say that the role of the white…

You will never get what you truly DESERVE if you’re too attached to things (and people) that don’t deserve YOU. — Unknown