Before we start it occurred to me that I’ve been doing Weight Watchers for over 6 months now…. and like a lot of people this is not my first time doing the program…. but so far it’s the longest that I’ve been at it ….so I have to give myself a round of applause

Last week was a bit out of the normal for me, I wasn’t able to go to my regular meeting because of Easter so I felt all out of sorts, so I went to the Monday meeting; which I felt a bit anxiety about, because it was so late in the day (6:30pm) and I’m used to my early morning meetings (where I don’t eat until weigh-in). So on Monday I went to workout, eat 2 meals and a snack, went to pick up my mother and in between had a crap ton of water.  What I didn’t expect to do when I got on the scale was a 5 pound gain. I think I literally said to myself , “What The Fuck?!”

Last week’s topic was “Attitude Adjustment”…. having a better outlook on  your weight loss can help you stay on track, we never really got around to talking about the topic, we talked a lot about “self care” and how as women it’s difficult to do that when the business of life pulls you in different directions. During the conversation I mentioned that I started walking and I don’t see it so much as exercise, but meditation, because it’s the only really, quiet time that I have to myself, where I can focus on me, think about the things that I want and need to accomplish, and on the day that I don’t walk (wither due to the weather or it being a rest day) I find myself to be more on edge and down right crabby.  I also honestly believe that going to Weight Watchers is part of my self care. It’s funny how as women we take care of everyone else and we forget to take care of ourselves…. there is a reason why on airplanes they tell you to put YOUR mask on first BEFORE you assist others.

Now back to this weight gain. I realized a long time ago that my body is weird…hell I have an autoimmune disease, it’s pretty much clear. I walked into the meeting EXPECTING a weight loss, hell I worked hard, ate right and did everything that I was supposed to do (After the meeting I vented my frustration to Bill, the Weight Watchers leader) and he said something to me that was funny and made a lot of sense. Even though we live in a modern, technological world, men still have that hunter DNA embedded in their bodies, so when they workout and eat right their body recognizes it and responds quickly. Where are a women’s body somewhat goes into shock and doesn’t quite know what to do because women are predisposed to store fat. Long story short… Men can run up and down the stairs ten times and show a loss on the scale, while the woman is looking at the scale and thinking it’s broken. I also think that my weight gain had a lot to do with the amount of water I’m drinking….I feel like some days I’m drinking two gallons of water, and yes (I’m at the point where I’m rushing to the rest room every 45 minutes). And the fact that East was the day before and I did consume large amounts of ham (SODIUM!!) But II ‘m not two down about it. I know if the  scale shows a gain or a loss I am equipped with the tools to lose the weight… I simply have to wait for my body to “catch up”.

I also happy to announce that I’ve signed up for my second 5K.. which will be the first Saturday of May!!! I And have decided to do The Hot Chocolate 15/5K in November, I live in Chicago so there is no telling what the weather will be like, it could be 50 degrees, or I might be running on blizzard condition…. who knows. It’s strange to admit that I enjoyed the last one and look forward to all the ones that I have planned for this year. This is a huge change for me…. I’m looking forward to the other unexpected changes that may happen this year

No matter what happens, no matter how far you seem to be away from where you want to be, never stop believing that you will somehow make it. Have a unrelenting belief that things will work out, that the long road has a purpose, that the things that you desire may not happen today, but they will happen. Persist and persevere, your desired path remains possible. — Brad Gast 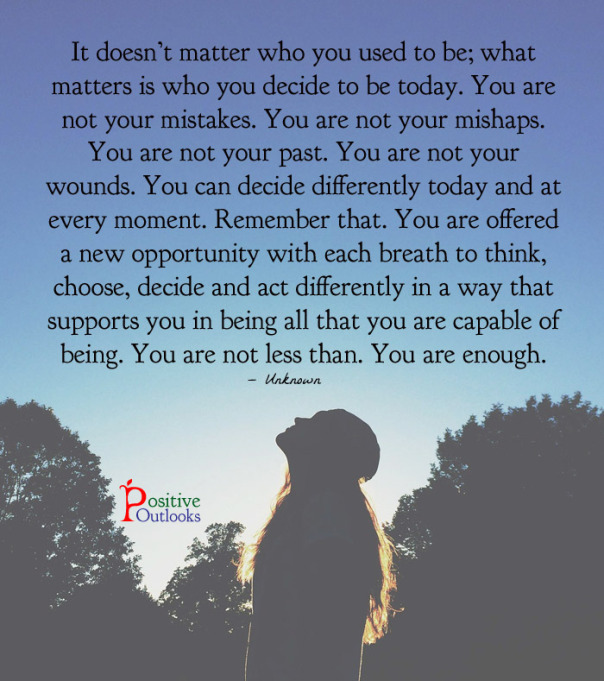